Has a psychic ever helped Toronto Police? 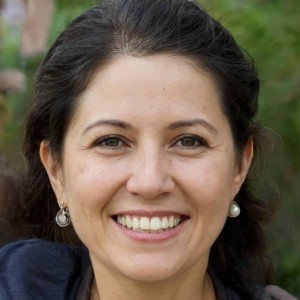 Debra Hall
Table of Contents show
Has a psychic ever helped Toronto Police?
Why police don’t admit to using psychics
Do police ever use psychics?
Not all psychics are created equal

Do the Toronto police ever use psychics? The answer to this question is not as straightforward as it may seem.

According to the UK Guardian, police departments around the world routinely will answer the question no. Given the mixed views of the credibility of psychics, how could the answer it any other way?

That is not to say they don’t use psychics. They just don’t openly admit to using them.

Let’s be honest psychics have a mixed reputation. Some people swear by them, and just as many others think their frauds.

There are several reported cases where psychics sent police on wild goose chases. Or worse told families their loved ones were dead when later they turned out to be alive.

This makes it hard for police departments to admit to using them because they can be seen as a waste of police resources and taxpayer money.

Do police ever use psychics?

While police departments won’t openly admit to using psychics, it doesn’t mean they don’t use them. Police departments, including the Toronto police, are frequently contacted by psychics.

Also, psychics may work with a potential victim’s family, and the family might pass that information along to the police.

Although there are some good psychic readers in Toronto, it also means that the police departments use psychics, even though they won’t admit it publicly.

Frequently, psychics will be inspired to help the families of victims because of their media appeals. Who can blame them, if you are a psychic, and a family is desperate to find their missing child wouldn’t you try to help?

Not all psychics are created equal

Like everyone else, psychics are a mixed bag. While some want to help out just as many are trying to make a quick buck.

This may be truer in Toronto. The Toronto police have charged psychics for extortion and practicing witchcraft.

The Toronto police aren’t on a witch hunt. However, they have brought charges against psychics who have charged hundreds of thousands of dollars for removing curses.

In March 2017, the Toronto Police brought charges against a self-proclaimed psychic. He had charged his victim one hundred and one thousand dollars to revoke a curse from a terminally ill family member.

This is not the norm for psychics. It has, however, definitely impacted the public’s thoughts on them. Furthermore, it surely made it less likely for them to contact the Toronto Police Department.

It also has made it less likely for the Toronto Police Department to use psychics, or even admit to using them.